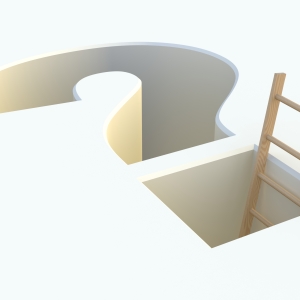 My class has been enjoying and very participative in Math Talks over the past few weeks.  They have been sharing their thinking and even the reluctant math students have started to contribute.

We were starting a new unit — the first one on fractions this year (although we have compared decimal fractions with fractions in previous weeks). I decided to also let them bring whiteboards to the group meeting area so they could record their mental answers to free them up to listen to other students’ thinking and the recording.

Here is what I planned.   Math Talk 1 Plan

I decided to start the introduction to our unit on fractions with a string from Math Talks Matters.  The curriculum for the grade level begins with students adding fractions with different denominators, building on what students were taught in fourth grade.

After explaining that the whiteboards were just to be used to record their mental answers, not to work out the problems, some of the students were drawing on their whiteboards and I needed to remind them again how to use them.  One of my most reluctant students showed his signal and eagerly raised his hand. I recorded his response: 3 8/12.  Several other students also said 3 8/12 so I put a check mark by this answer.  I realized that the students were adding across the numerators and denominators but held my tongue. Another student stated 3 1/8, one said 3 1/2 of 1/4 and another stated 4.  This math talk had more student answers than we have had recently – good chance for them to talk and for me to see their thinking. I quickly decided we would stick with the one problem for today and I would add a drawn model to the open numberline for recording.

I asked the student who offered 3 1/8 to explain his thinking and recorded it with a numberline, labelling his explanation with the equation. I then drew a model underneath it.  I decided to insert more scaffolding into the talk than usual by showing models of the most commonly chosen answer. Then I drew a model for 2 1/4 + 7/8 = with 2 3/12 below it and asked for thumbs up and down for agreement. Most students now disagreed with this answer but the original sponsor of the answer was sticking with it. I then asked the other two volunteers to explain their answer and the person with 4 stated he changed his mind.

I found this Math Talk to be the most difficult one I have done so far as it revealed so many misconceptions about fractions.  I decided to plan one for the next day with more friendly fractions.  It went much more successfully and showed me that the students had both learned and remembered more about fractions after one day.

One thought on “Math Talks – Fractions”